In the information age of American politics, who do you trust to give you the news you need?

Even I was skeptical about such a development until I learned last week that Americans check their phone about 96 times per day, or about every ten minutes. These fun facts may not matter on the surface, but it shows many of you aren’t paying attention. More so, it shows how there are so many factors working against you.

Just a few weeks ago a voting audit took place in Arizona. Many interesting details were found but, oddly enough, the most popular mainstream media publications did not report its findings. Instead, they reemphasized narratives that steer your decision making towards certain agendas unbeknownst to you.

Over the last few months, major mainstream media sources were rife with articles about the Arizona audit. Yet even after the completion of the audit, few of them (if any) reported the audit’s findings. Instead, they continued the narratives that our elections are secure, free of error, and the audit itself was a fraud.

In the article, the author not only discredits the work done by Cyber Ninjas, one of the companies in charge of performing the Arizona audit, but also rejects the importance of the audit’s findings. He states, “No matter the results of the audit, the reality that Joe Biden is president and won Arizona’s 11 electoral votes last year will not change.”

Although the results won’t change, don’t the people have a right to valid election processes?

A month later, CNN published an opinion piece entitled, “What Arizona’s sham audit really taught us.” With such a title, one would think CNN would publish some of the results of the audit and show the discrepancies within those results. It would prove their claims are valid, and more importantly would allow the reader to decide for themselves about the information presented before them. But like many of the articles mentioned, they didn’t.

This opinion piece echoes some of the same sentiments of the other CNN article. In some cases, some rhetoric is regurgitated word for word. The author of this article also discredits the work done by Cyber Ninjas by saying, “[Cyber Ninjas] drafted a report rife with misinformation that could continue to sow distrust in the US election system,” but there was not one detail listed to support this claim.

Furthermore, the author stated, “Many of those who supported the “audit” have expressed extremely unhealthy views about politics and the election processes in this country.” The biased reporting continued with, “this… rhetoric, coupled with the web of lies and conspiracy theories, is increasingly spreading from the fringes of the Republican Party to the mainstream.”

Based on these sentences, the author ostracizes anyone supportive of the voting audit, and posits the narrative that this support is unhealthy. More so, that skepticism towards politics and elections in America is a bad thing.

The propaganda continues in an article published just three days after the last one. That one’s entitled “‘We won’: Trump and his allies barrel ahead with election lies despite Arizona review confirming his loss.”

This article continues the same rhetoric as the others, but interestingly this specific article and the commonality that all of them share is they confirm the audit was a failure. Those that supported the audit were just Republican conspiracy theorists.

Yet I can’t help but wonder if the audit was a failure and Cyber Ninjas were incompetent, then why didn’t these articles mention their incompetence in detail and explain where they went wrong?

Furthermore, why didn’t these articles mention any of the findings of the audit itself? Isn’t this supposed to be the job of a reputable news media company? Each of the CNN articles I included are a microcosm of the current state of all news media within this nation. Ther’s different articles and writers, but the same tired narratives.

If the reader accepts these news pieces’ biased narratives, the reader would be robbed of unbiased truth. So, as news media reports agenda-driven “news,” what is considered truth? When news is meant to persuade more than inform, who can you trust to give the information needed to make informed decisions?

While you reflect on those questions, here’s what the media didn’t tell you about the Arizona voting audit.

The findings from Cyber Ninjas are damning, but for the sake of journalistic integrity I will include both the negative and positive findings. It’s important to note the facts of the audit are simply facts, not partisan. I hate to have to write this. However, in a time where the media aids our nation’s division, any truth presented is often politicized and presented with an agenda at stake.

I say all of this to say these are simply the results of the audit, not meant to encourage anyone to take sides, but get us closer to the truth.

One of the positive outcomes of the audit is there were no substantial differences between the hand count of the ballots provided and the official election canvass results for Maricopa County. Cyber Ninjas stated this is an important finding because the paper ballots are the best evidence of voter intent. Ultimately, there was no reliable evidence the paper ballots were altered to any material degree.

Based on their findings, however, Cyber Ninjas believes the Attorney General of Arizona should review the audit results with a possible investigation. Some of the other findings include:

The details of these findings can be found here.

Most Americans don’t know there were multiple auditors that participated in the Arizona audit; but how would they know if their trusted mainstream media doesn’t report it? In the CNN articles above, they only mentioned Cyber Ninjas but completely omitted the others. Why?

One auditor with telling information was Dr. Shiva Ayyadurai and his company Echomail. Dr. Ayyadurai was tasked with the pattern recognition classification of the early voting ballot (EVB) return envelopes. He used an engineering systems approach to identify anomalies within the 2020 election systems.

Then Echomail identified 10 different kinds of 2-copy duplicate classification and provided their examples. The question raised from these examples is why one copy was stamped “VERIFIED AND APPROVED MCTEC” but the other wasn’t. EchoMail argued if adjudication took place, shouldn’t a communications record exist of which reviewer contacted the voter and how the matter was resolved?

What is the standard operation procedure for determining when an EB return envelope is classified as a “no signature?” The instructions on the EVB return envelope explicitly states the voter MUST sign their name in the signature box.

However, when there is a signature elsewhere, there are “VERIFIED AND APPROVED MCTEC” stamps on the envelopes. Therefore, the reliability of this process is in question due to inconsistencies.

This is just a few of the anomalies found, and the full report of these anomalies can be found here.

Outlined within this article are just a few abnormalities found in the Arizona Audit. I remind you none of the information above was presented by liberal mainstream media outlets. So, who do you trust? If you can’t trust the mainstream media’s reporting, how will you understand what’s going on in the world?

How are you supposed to know how to govern yourself accordingly based on the events that shape your reality?

It’s time we rethink how we view the news media. We’re no longer receiving the truth, but we are receiving a “truth” others want us to believe. 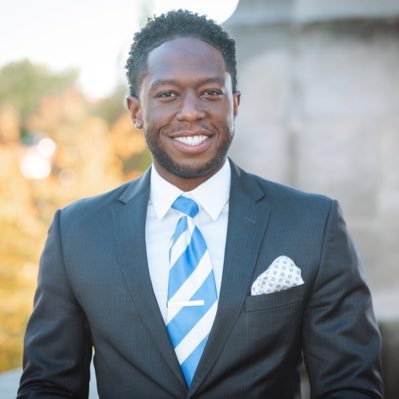