We all remember learning how Teddy Roosevelt’s trust busting endeared him to the public. and put him alongside Lincoln on Mt. Rushmore. Where is this same heroic fervor to reign in Amazon’s ever growing monopoly?

It’s ironic when Republicans fearmonger about “socialism”, saying there’s only one brand of food customers can buy at Cuban stores. There’s no choice there. Well, right now all we have is an illusion of choice. Ten companies control everything we eat. Ten do everything we wear. One company largely controls the world’s beer supply.

Amazon is trying to consolidate that limited variety into just one gigantic corporate umbrella. So far, they’ve managed to monopolize the book industry, e-commerce, and internet cloud service.

Allowing a corporation that huge will inevitably threaten your country. Currently, Amazon owns more wealth than some of the United States’ largest allies. This includes South Korea, Australia, and Mexico.

Imagine what will happen when Amazon starts flexing this might in our own country. What can a state do to a corporation hundreds of times more powerful?

We’re seeing that happen in real time. In 2017, Amazon infamously offered what critics called a “beauty pageant” for states. Whichever state offered the most tax breaks, Amazon would build their next headquarters there.

While that would mean jobs coming in, it also means the state spends billions of dollars in tax breaks. Maryland and New Jersey reportedly offered $7 billion in tax breaks to Amazon, the largest giveaway in history.

You have to wonder why the second-largest corporation in the country can make states foot their bill. States with far less money to spend. At the same time, Amazon CEO Jeff Bezos paid 0 dollars in income tax.

How Amazon treats its workers also makes their growing share of the market worrisome. It’s important to note that Teddy Roosevelt wasn’t anti-Big Business per say. He believed some big businesses grew through having the best services.

However, he also understood that “if a firm grew through unfair practices, then government should enforce its power in order to protect the innocent.”

He’d have a field day enforcing the government’s power on Amazon. The country saw Amazon’s unfair practices a few months ago when workers in Besemer, Alabama tried to unionize.

Amazon crushed the vote through many disturbing means. They spammed workers’ phones with anti-union messages, forced them to partake in anti-union meetings, and even put anti-union messages in bathrooms. Amazon even allegedly changed traffic light patterns so pro-union workers couldn’t talk to drivers.

The fact Amazon can control traffic is as dystopian as they come. More dystopian? Bezos owns one of our largest newspapers too, which helps him rebuff allegations of wrongdoing.

Then there’s the day-to-day humiliation Amazon puts their workers through. Warehouse workers alleged Amazon checks their workflow so precisely that even going to the bathroom can get you fired.

In one disturbing case, someone had a heart attack on the warehouse floor and didn’t receive help for 20 minutes. The person died, and everyone was forced to resume work right after.

Then there’s Amazon’s drivers. It’s been reported that workers who don’t even work for Amazon, instead truck companies with Amazon contracts, still have to abide by Amazon’s rules. These include style guides where Amazon dictates how long your fingernails can be.

On the business side of things, they’re getting even larger. Amazon recently bought MGM Studios for a small $8.45 billion. Chump change for a company that “delivered a record performance in 2020 with annual revenue up 38% to $386 billion, a yearly increase of over $100 billion,” Forbes writes. “Net profit for Amazon was up 84% for the year as compared to last year.”

Let’s say you don’t want to watch movies though. It doesn’t matter. Amazon controls the book industry to such a degree that Barnes & Noble might as well be an independent bookstore. In this case, pride killed the cat.

According to Axios, “In 1996, Jeff Bezos, the 31-year-old CEO of a scrappy startup that sold books online, was approached by Riggio, the multi-millionaire boss of iconic B&N, about a collaboration. For context, Amazon had $16 million in sales in 1996, and B&N $2 billion.

Riggio told Bezos that B&N would soon start its own website and crush Amazon, reports Bloomberg’s Brad Stone in “The Everything Store,” a history of the company.”

Kudos to Bezos for not taking the bait. Now, Amazon owns most of the industry. Amazon also owns, in similar fashion to IMDB, book cataloguing site Goodreads, as well as the number one online Comic book distributor ComiXology.

When I say industry, I don’t mean the book market either. In 2021, Amazon is poised to own over half of all retail e-commerce.

Well, maybe you don’t want to read books or watch movies. Maybe you just want to get something to eat. But, nope, Amazon owns Whole Foods too. There’re increasingly less places you can shop at if you want to boycott Amazons over its human rights abuses or flagrant trust violations.

With all of that said, I’m sure you’re asking yourself, who’s doing something about this?

In 2019, the New Yorker published a long read on Amazon’s growing influence, dubbed “Is Amazon unstoppable?” It regales how everyone from Bernie Sanders to Donald Trump have heavily criticized Amazon for its practices. It mentions how there were more than a few lawsuits accusing Amazon of antitrust violations. Yet, two years have passed since the article’s publication, and nothing has really changed.

As of a week ago, DC’s attorney general put Amazon on blast with a new antitrust lawsuit. However, many past lawsuits have gone nowhere. Tech companies are notoriously hard to sue big tech companies for violating antitrust laws. What we need are new laws, but politicians are hesitant.

The New Yorker article makes a telling point as to why that could be, “Amazon has responded to the mounting political threat by expanding its lobbying efforts. Federal records show that, in 2018, Amazon lobbied more government bodies than any other U.S. tech company. It has made its case across Washington, to senators, representatives, the Treasury Department, the Department of Justice, even NASA.”

Additionally, the company’s lobbying amounts to saying “if you even think about breaking up Amazon, you’re going to make markets less efficient, and there are going to be a lot of lost jobs—and Amazon employs a ton of people in your district.”

Still, there are some politicians that speak out and take real actions. Bernie Sanders basically forced Amazon to raise their wages to at least $15 an hour, while AOC stopped New York from giving Amazon a huge tax bailout. Unsurprisingly, the action comes from Progressives, just like with Roosevelt in the Progressive era.

There are Republicans who speak out though. Quite a few. Josh Hawley recently wrote a book railing against Big Tech. Of course, he’s also at the frontlines opposing Amazon’s MGM deal.

However, the Republicans often bark more than bite. Florida’s recent bill banning corporations from restricting free speech is a good example. They banned every corporate giant, except Disney. Conveniently, the one that benefits Florida the most was let off the hook.

There’s a war going on outside nobody’s safe from. It’s the growing class warfare spearheaded by a company that looks to merge everything until it is the only corporation. So far, there’s been many vocal lawmakers, but far less lawmakers who intend on doing anything. 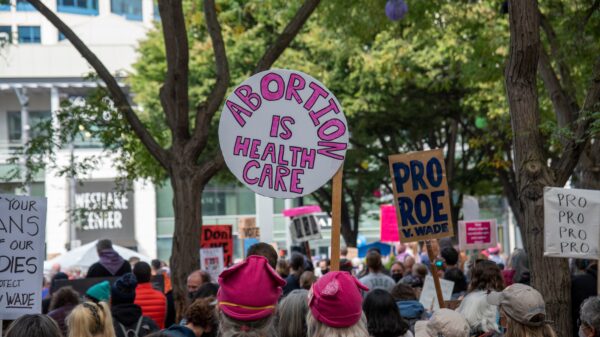