He’s known all over the world. He’s a great orator, controversial politician, and entrepreneur. His name is Julius Malema, and he’s captured the hearts of people across the world due to his captivating speeches and his handling of journalists during interviews.

If he ever deserved an accolade, it would be for his capacity to put opponents in their place through soliloquies and debates.

Through his political party, the Economic Freedom Fighters, Malema managed to amass a cult-like following. It’s almost like a modern-day Idi Amin. Not only does he have a calculating demeanor, but he’s also cunning and scheming.

Over the years he’s even won the admiration of statesmen across the world. But at the same time, he’s been a person of interest to corporate establishments that run the world through their political proxies.

Wherein he evangelizes on robust Pan Africanism, and economics of emancipation for subjugated black people, his recent political coalitions and actions are the opposite of those values.

Since his ANC days, and as the President of the ANC Youth League, Malema has been the ultimate voice of blackness. He’s constantly demonstrated an amazing ability to stand up to White Monopoly Capital and racism.

One prominent example was when he shut down BBC journalist Jonah Fisher in 2010. This was classic Julius Malema doing what most black people never imagined possible. This isn’t condoning foul language, but it should be viewed in the context of black people having been at the receiving end of such strong words for years without having the courage to strike back.

South Africa with its history of apartheid, is the epicenter of a damaged black psyche where the inability and fear to disagree with, let alone shout at, white people reign supreme.

But here was a young black man dealing vehemently with a white British journalist. The only other African politician to achieve a similar feat was Robert Mugabe in 2008 when he had a spat with ITN correspondent Julian Manyon. Julius Malema has always displayed his admiration for Robert Mugabe. It wouldn’t be farfetched to view him as an indirect protégé of the latter.

Julius Malema’s radical stance preceded his ascension to ANC Youth League President in 2008. He always possessed a penchant for direct confrontation with opponents to the ANC, both on ideological and personal grounds.

More so, he’s always regarded the late ANC former Youth Leader Peter Mokaba as his mentor and political guardian angel. Malema also enjoyed a good relationship with arguably one of the most radical, undermined, and disrespected women in the history of South African politics, Winnie Madikizela Mandela.

Of particular importance in Julius Malema’s rise in South African politics was his pact with President Jacob Zuma when he ran for the ANC Presidency in 2008. At the time, President Zuma faced persecution from the government of his would-be predecessor, Thabo Mbeki.

In response, Malema vowed to kill for President Zuma at a political rally in the Freestate Province. The duo formed a lethal combination, becoming a thorn in the flesh for the established White Monopoly Capital.

With the ANC being infested with counter revolutionaries and bitter comrades, it can’t be ruled out that a successful ploy was designed to dismember the partnership.

The result was in 2012, when the ANC expelled Julius Malema on flimsy accusations of misconduct. Malema referred to neighboring Botswana as a “footstool of imperialism, a security threat to Africa, and being always under constant puppetry of the United States of America.”

Following that, the ANC Disciplinary Committee facilitated Malema’s expulsion from the ANC. The chairman of the Committee, curiously enough, was none other than Derek Hanekom, who in recent years has been alleged to be a known enemy agent.

One constant with the company Malema kept during his period of political pubescence is that these were people of great character. They were radical and unapologetic men and women of conviction having Pan Africanist ideals.

The party draws lots of support from youths and students not only in South Africa, but across the whole continent. The EFF has its members sitting in local and national government legislatures as lawmakers.

Julius Malema himself also serves as a parliamentarian in the Pan African Parliament. This year, he caused a progressive stir in the Parliament when Francophone and Anglophone countries were on each other’s throats regarding the bully tendencies of the French-speaking countries. It made it so those countries dominated the operations and organs of the African Union.

Back home in South Africa, Julius Malema also serves in the Judicial Service Commission. The commission interviews candidates for judicial vacancies and makes recommendations for appointments to the bench.

He’s also possibly the first politician to invite journalists to ask him questions on anything. This includes cases where he’s been accused of wrongdoing, on his source of funds, and many other issues. His party, the Economic Freedom Fighters, has spread its wings across Africa with chapters in other countries too.

Looking into the Future

There’s no doubt Julius Malema has had an incredible and colorful political career. The big question remains though; Is he the man to bring emancipation and economic liberation to black Africans? This writer doesn’t believe it.

For one, Julius Malema isn’t well positioned to radically take Africa forward and ensure Africans own both their supply and value chains. He started well, but his efficacy dwindled when he formed alliances with dubious characters whose only currency is continued exclusion of black people from owning the means of production.

By making ‘deals’ with devils, his radicalism got mutated. He can still say all the right things and tell people what they want to hear, sure. However, when it comes to executing the critical components necessary to uplift black people, he falls short.

The way the establishment works across the world is that those who threaten it get eliminated and deposed. We’ve seen this with many African leaders from Patrice Lumumba to Muammar Gaddafi and many others. At some stage, Malema was a perfect candidate for elimination due to his political stance. But this was partially achieved when he was pushed out of the ANC.

He redeemed himself by having intercourse with counter revolutionaries; the establishment has mastered the art of manufacturing radicals to manage any emerging revolution.

In the case of Julius Malema, it would seem they greased his soul in exchange for his allegiance. He still gets to say the right soundbites, but it ends there – unless something drastic happens. 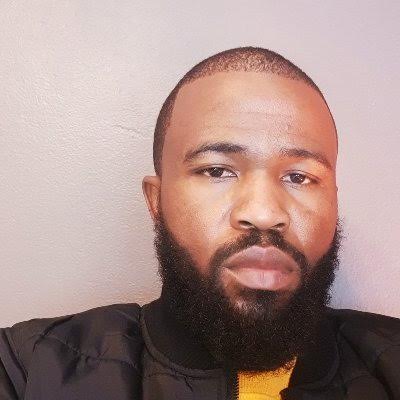