The United States of Regime Change vs. Cuba

“The State is, and always has been, the great single enemy of the human race, its liberty, happiness, and progress.” (Murray Rothbard)

Poet Ralph Waldo Emerson said, “America is another name for opportunity. Our whole history appears like a last effort of divine providence on behalf of the human race.”  Emerson seems to say that God has strategically placed the United States as a “force for good,” the last outpost of freedom and opportunity.

To be sure, the United States is unique among the nations of history – where individuals and entire generations can rise above their meager circumstances to achieve the “American Dream.” It’s why so many people try so hard to immigrate here.

However, if one looks hard enough, they can identify an inconvenient underbelly hidden within the history of the country. That is, the United States is the unquestioned regime change capital of the world.

From 1893 to the present, the State (i.e., US government) has been on a continuous empire-building mission. We’ve deposed leaders in foreign countries through a variety of means directly contradicting the ideals of freedom and opportunity.

That the installation of foreign leaders has been a disaster is both obvious and an understatement. Countries have been ripped apart using coups and color revolutions. Leaders of countries halfway around the world, some democratically elected, have been removed from office with hundreds of thousands of men, women, and children killed in the process.

The State uses the military to “protect” American security and “promote” democracy, a preferred tactic to overthrow foreign governments. Without it, the State would be equal to a snake without any fangs, little more than a nuisance.

In his book Overthrow, journalist Stephen Kinzer wrote “in most cases… [the US government] acted mainly for economic reasons – specifically, to establish, promote, and defend the right of Americans to do business around the world without interference.” (Emphasis added).

In retrospect, the State’s interventionist activities strengthened multinational corporations at the expense of national security.

Mark Twain once said, “History never repeats itself, but it does rhyme.”  While each regime change operation can never be identical to the other, they can unveil the true reason for the overthrow. This can teach valuable lessons to those willing to learn.

The recent protests in Cuba are both tragic, instructive, and exhibit A in the destructive consequences of regime change.

“Castro was a pure product of American policy toward Cuba,” Kinzer said.

“If the United States had not crushed Cuba’s drive to independence in the early twentieth century, if it had not supported a series of repressive dictators there, and if it had not stood by while the 1952 election was canceled, a figure like Castro would almost certainly not have emerged. His regime is the quintessential result of a “regime change” operation gone wrong, one that comes back to haunt the country that sponsored it.“ (Emphasis added)

During the second half of the nineteenth century, Cuba was a mess. It was the largest island in the Caribbean and the Spanish empire’s last stronghold, but unrest and societal turbulence reigned supreme.

A ten-year war for independence ended in 1878 with a tenuous truce. In 1879-80, the patriots of the war rebelled again.

A third rebellion took place in 1895, led by Jose Marti and two retired generals, Maximo Gomez and Antonio Maceo. In an unfinished letter found shortly after his death in 1895, Marti insisted that his fellow patriots free themselves from Spain.

He also urged them “to prevent, by the independence of Cuba, the United States from spreading over the West Indies and falling, with that added weight, upon other lands of our America.”

William McKinley, a Republican from Ohio, is president of the United States. In the spirit of the US as “policeman of the world,” McKinley held the position that Spanish rule of Cuba could not abide.

However, he was not in favor of letting Cubans govern Cuba. He worried that an independent Cuba would look to its own interests instead of Washington’s.

Moreover, American business interests would have been jeopardized by a free and independent Cuba. During this time, Cuban rebel leaders openly talked about instituting reforms, including land redistribution. This alarmed American businessmen because they had some $50 million in Cuban investments, mostly in agriculture.

In 1898, McKinley sent the Maine to Havana. Officially, the naval vessel was sent to make a “friendly visit.” But most Cubans weren’t buying it. They recognized it for what it was, an in-your-face reminder of America’s intention to insert herself in Cuba and the Caribbean’s affairs.

On the night of February 15, 1898, an explosion destroyed the Maine. Two hundred fifty sailors perished in the blast. Americans blamed Spain. When the navy dubiously said the explosion was external, blame turned to certainty. What followed was not two sovereign nations working out an honorable solution to the situation, but a declaration of war on April 25, 1898.

Like most presidents, McKinley wasn’t concerned about using diplomacy to craft an honorable solution. He embraced crony capitalism in that he wanted to secure American business interests. More so, much to the delight of the military industrial complex, he wanted U.S. military bases on the island.

All told, the war lasted about 3 months. American statesman John Hay remarked that the Spanish American conflict had been “a splendid little war.” War is framed that way by politicians who don’t have to risk life and limb participating in armed conflict. Those same politicians view soldiers as pawns on a chessboard to be sacrificed to protect the “king.”

With the war won and the “protocol of peace” signed on August 12, 1898, it was now time for the United States to “leave the government and control of the island to its people.”  Unsurprisingly, they did the opposite.

US ownership of Cuba

On July 25, 1898, General Wood assumed the governorship of Cuba. On February 27, 1901, the US government became the official hegemony over Cuba. Predictably, Cuba descended into turmoil and chaos. For a brief period, they even considered going to war against the US.

Deciding against war, Cuban delegates, by a vote of fifteen to fourteen, accepted US rulership over their island.

A year later, under the guise of a free election, the Americans installed their puppet leader, Tomas Estrada Palma, as the Republic of Cuba’s first president.

The Republic of Cuba officially began on May 20, 1902. Four years later, the country was placed under U.S. military rule after Cubans protested what they believed to be election fraud. In 1910, the American military left, but not before President William Taft warned Cubans to stop fighting against their benevolent masters because it would never result in independence.

Opposition movements persisted in the 1920s and 1930s during Gerardo Machado’s rule. Anti-American sentiment ran rampant through the Caribbean during this time, but most vehemently in Cuba. According to the Law of Unintended Consequences, anti-Americanism among Cubans drove them into the waiting arms of the Communist Party even though it was banned by Machado in 1925.

President FDR, deciding that the Machado rule had to come to an end, used the Cuban army to stage a coup, which led to the emergence of a sergeant named Fulgencio Batista. By the mid-1930s, he was ruling Cuba, and did so for almost 25 years.

Prior diplomatic relations between Cuba and the Soviet Union were severed by Batista. He also cracked down on one of America’s most hated entities, the Communist Party.

Batista also encouraged foreign investment in Cuba. Of course, “foreign investment” meant American investors. The result was a thriving tourism industry and the prospect of millions of dollars of profit to “connected” US businessmen.

Batista’s most indelible achievement was the cancellation of the 1952 elections. A charismatic young lawyer and former student leader named Fidel Castro was to be a participant in the now canceled election.

Absent the canceled election, it’s likely Castro would have sought out a career in politics. After all, many American politicians were once lawyers and/or student leaders. Instead of politics, however, Castro turned to revolution.

About seven years later, on January 1, 1959, rebels inspired by the fiery, patriotic Castro ran Batista out of power and the country.

The next day, Castro descended from the mountains to the city of Santiago. It was there, in the central plaza, where he made his first speech as the leader of the revolution. Part of his speech contained the following: “This time the revolution will not be frustrated! This time, fortunately for Cuba, the revolution will achieve its true objective. It will not be like 1898, when the Americans came and made themselves masters of the country.” (Emphasis added)

This turn of events was mystifying to many Americans for two reasons: rational ignorance and the assumed fact that Cuban history began in 1959.

They had no idea their government broke its promise not to interfere in the sovereign affairs of Cuba in 1898. Nor did most know about the Platt Amendment and the condition therein which enshrined the American government as an absentee hegemon over Cuba in 1901.

Therefore, Americans could not understand the ungratefulness of the “liberated” Cubans.

Castro’s government moved swiftly to right the wrong perpetrated against the Cuban nation. He seized foreign corporations, outlawed capitalism, and allied with America’s most reviled enemy, the Soviet Union.

In 1961, exiled Cubans sponsored by the CIA staged an unsuccessful campaign to depose Castro. Eighteen months later, the Soviet Union and America almost engaged in nuclear war because of Soviet deployed offensive nuclear missiles in Cuba.

For years afterwards, the CIA tried unsuccessfully to assassinate Castro.

Understandably, he devoted most of his life to thwarting American interests in the Caribbean and Central America. Those actions installed Castro as an icon and hero to millions throughout the world.

It would take reams of paper and a boatload of ink to detail the horrors Castro visited upon his countrymen. Let’s just say his reign led to untold thousands upon thousands being tortured, murdered, imprisoned, and only God knows what else.

Successive Cuban presidents like Fidel’s brother Raul Castro and Miguel Díaz-Canel Bermudez have presided over a communist nation with a crippled economy, food shortages, frequent blackouts, and general living standards that move many to risk death on overcrowded boats headed for the shores of Miami.

So, remember, these Cuban protests of June and July 2021 didn’t materialize out of thin air. They were sown by the United States of Regime Change in 1898. 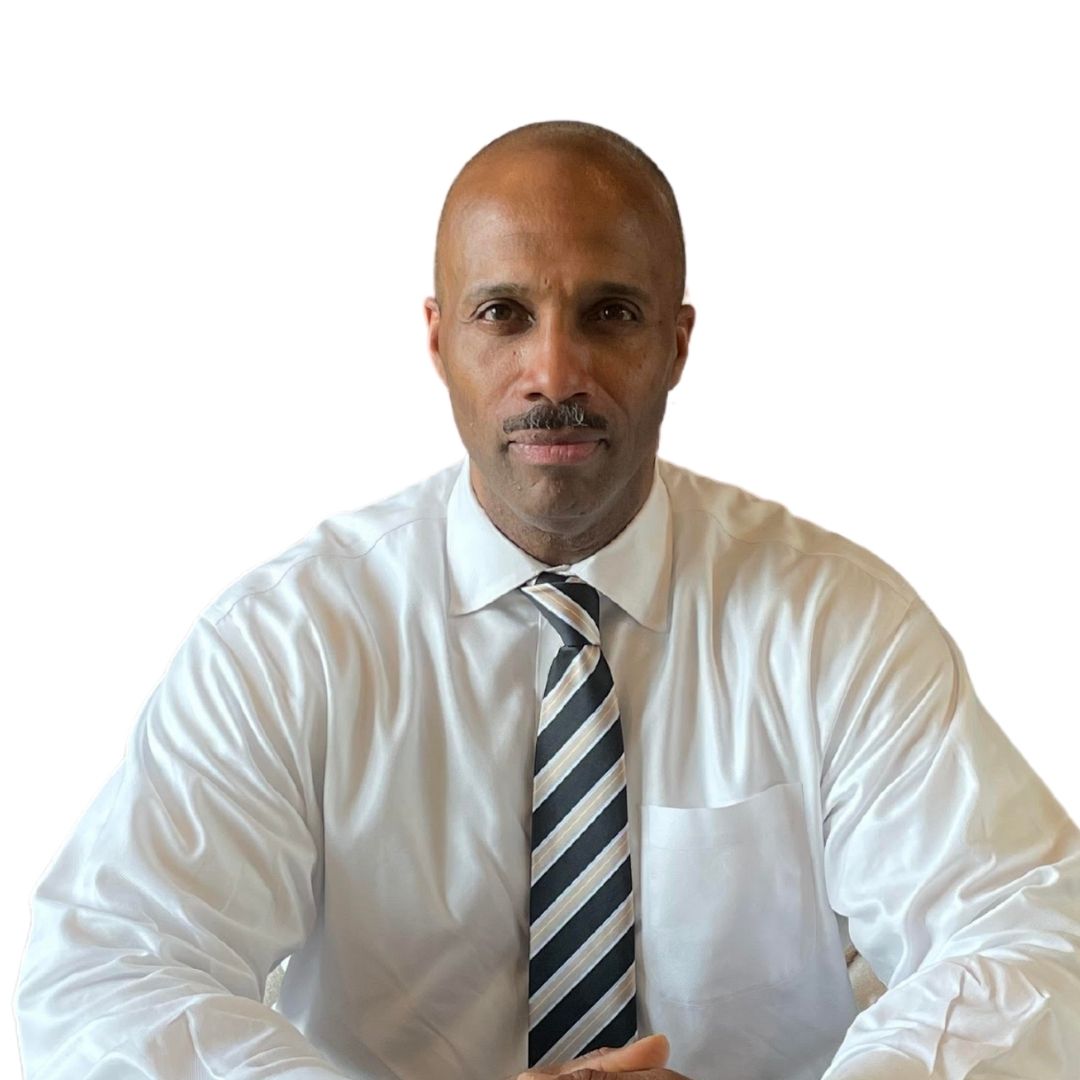