To individuals with skepticism over the covid-19 vaccines

Before starting this discussion, I want to state that this piece was not written to convince nor deter individuals from taking any of the available COVID-19 vaccines. It was further not written to incite fear into those who have already become vaccinated. In the spirit of the ‘ScoonTV’ platform, it was written simply to have an open, honest, and unbiased discussion about what is happening in the world – something we do not always get these days.

At this time, for a myriad of reasons, the Biden Administration is aggressively trying to get as many United States citizens vaccinated as possible.

Likewise, there is an effort to gain the trust of as many people as possible regarding the vaccines. With that said, other points of view have emerged as I will describe.

While writing this piece, the news surrounding the vaccines has been unfolding interestingly. The CEO of Pfizer, Dr. Albert Bourla, recently suggested that a third injection of their vaccine may be necessary, and the Johnson and Johnson vaccine was paused due to concerns over blood clots.

Finally, the recent deaths of several entertainment, sports and media personalities have also given some people pause regarding the vaccinations, though not well publicized. Among them are baseball legend ’Hammering’ Hank Aaron and boxing legend ’Marvelous’ Marvin Hagler.

As described below, I am a regulatory scientist with backgrounds in pharmacology and toxicology. I am not currently employed by the Food and Drug Administration (FDA) or the Centers for Disease Control (CDC), so I admittedly haven’t worked firsthand on any COVID-19-related projects.

That said, as a scientist, I have kept an eye on the pandemic since it first started and since the vaccines started rolling out months ago.

As of now, I have not been vaccinated and am taking a wait and see approach. All around me people are getting vaccinated, for the most part with no reports of adverse effects. These people were eager and excited to take the vaccine, but this is just one segment of the population.

There is a second segment of the population that remains skeptical about taking the COVID-19 vaccines. Some people may see concerns over the vaccines as asinine, but in today’s age of censorship, it is important for all voices to be heard.

With my background, my interests in the vaccines have centered around both their efficacy and safety. I’ve shot numerous videos on my science and technology YouTube channel regarding how the Pfizer, Moderna and Johnson and Johnson vaccines work in terms of pharmacodynamics.

The Pfizer and Moderna vaccines are RNA vaccines, a relatively new technology, while the Johnson and Johnson vaccine is a traditional DNA vaccine. Both code for the SARs-Cov-2’s Spike protein which you’ve likely seen beautiful models of in pictures.

In reading the safety profiles in the RNA vaccines in the memorandums generated by the FDA, I did not read anything alarming scientifically regarding the ingredients or side effects of the vaccine.

In the data presented, most of the adverse effects, if they occurred, occurred after the second shot. Also, the memorandums are available online and can be easily downloaded as pdfs by anyone.

Going back to managing public sentiment, as we saw in the most recent election, ‘Big Tech’ is also involved in influencing the public’s opinions.

One of my recent YouTube videos, a snippet of an earlier discussion with another scientist regarding the mechanism of the Johnson and Johnson vs the Pfizer and Moderna vaccines, was removed by YouTube.

Supposedly, the video “violated community guidelines.”  My colleague and I didn’t say anything untrue regarding any of the vaccines, however. We simply discussed a recent New York Times article, which again shows how stringently information is being policed on certain platforms.

Afterwards, I shot a quick video survey asking people why they are still skeptical about taking the vaccines. YouTube didn’t remove that video and you can go look at the responses underneath it for yourself.

The following are reasons/responses, in no specific order, from individuals who are skeptical about taking the new COVID-19 vaccines:

Allow me to address some of the concerns on this list.

First, according to the FDA’s memoranda for the Pfizer, Moderna and Johnson and Johnson vaccines, it is true that the trials are ongoing and will not be completed for another two years (at this point closer to one and a half years).

Thus, while the short-term effects of the vaccines seem to be reasonably characterized, the long-term effects are unknown (two years and beyond).

However, the normal timeline of a vaccine is roughly 10 years. That process involves a multitude of intricate scientific steps with its own unique regulatory checkpoints. Likewise, for context, there is still not a vaccine for HIV.

“We’ve known about coronaviruses for a while, and they are not new. Likewise, these vaccines were being researched since before the pandemic,” said my primary care doctor at my last visit a couple of months ago. He had been vaccinated, as had most of the staff in the clinic.

In short, he communicated that while production of the vaccines has appeared to be rushed, particularly with names like “Operation Warp Speed” by the previous administration, a body of research already existed from years past. As a scientist myself, this seemed plausible.

As of now, vaccines are not yet mandatory. Until then, and until we reach herd immunity, everyone must make the best decisions for themselves, and it is important for those decisions to be respected.

In this era of misinformation and information suppression, I highly encourage everyone to do their own research and pull from multiple sources before concluding anything, especially concerning the vaccine. 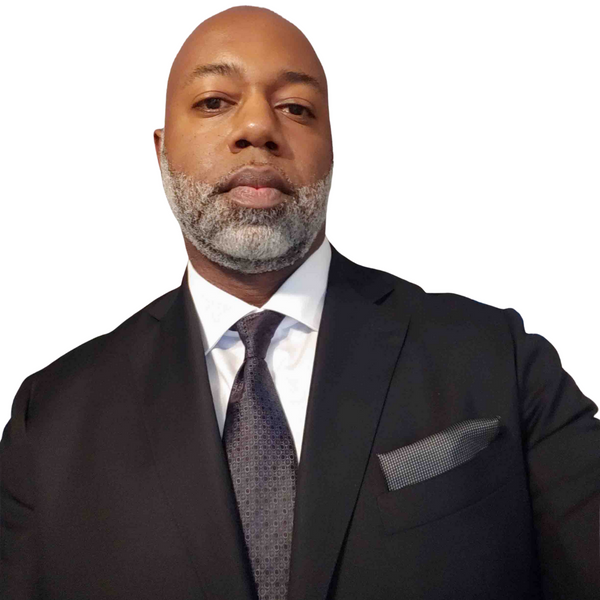 Anwar Y. Dunbar is a Regulatory Scientist. Being a naturally curious person, he is also a student of all things. He earned his Ph.D. in Pharmacology from the University of Michigan and his Bachelor’s Degree in General Biology from Johnson C. Smith University (JCSU).