Who are the “conspiracy theorists?”

UFOs, child sex trafficking, occult rituals, Reptilian elites, hollow Earth, flat Earth, the moon landing, JFK, 9/11 and, of course, The Illuminati; the list is as infinite as the human imagination can dream. There is a splinter in the collective psyche that may never be plucked out.

Even the term “conspiracy theory” has been established on the foundation of a conspiracy theory. It’s alleged the phrase was intentionally disseminated by the intelligence community to discredit critics of the Warren Commission’s official investigation regarding JFK’s assassination.

The term “conspiracy theorist” has taken on a derogatory stigma. Anyone who espouses one is labeled as nothing more than a lunatic. People dismiss the unanswered questions raised by these skeptics as delusions of the mentally unstable outcasts of society.

However, those wearing the “tin foil hats” have continued to maintain a relevant and even growing influence over the past ~60 years since President Kennedy was murdered in broad daylight for all the American public to see.

For decades, certain topics were vehemently denied as outlandish fever dreams. By now, however, they’ve been exposed, documented and even admitted by various government agencies.

From the infiltration of grassroots activist groups in the form of the FBI’s COINTELPRO to the CIA’s experiments with mind control known as MK Ultra, these former “conspiracy theories” are practically part of the mainstream narrative. They’ve been accepted and acknowledged by the governmental institutions themselves, as well as media, academics, and historians.

So, at what point do “conspiracy theories” become legitimate, criminal conspiracies?

Conspiracy, as it stands, is a clearly defined criminal charge within a court of law. It’s not as though the very concept of “conspiracy” implies a fictitious or erroneous basis for suspicion in reality.

On the contrary, the word “conspiracy” is defined merely as “a secret plan by a group to do something unlawful.” Many criminals are charged with conspiracy, whether to commit violent acts or operate illegal enterprises, from organized crime and gang activity to crimes of corporate and political corruption. People “conspire” every day.

The primary factors that seem to separate these genuine conspiracies from what the average citizen would perceive as conspiracy theories are: whether the conspirators are arrested and publicly prosecuted, and the stakes of the conspiracy in question.

It’s easy for most people to believe a group of criminals conspired to run an illegal drug or sex trafficking operation. Believing that corrupt industrialists and politicians conspired to design systems that manipulate markets and undermine the freedom and power of citizens, on the other hand, is a harder sell.

Many would argue that the primary difference between legitimate conspiracies and conspiracy theories is based on the volume and quality of evidence used to support the claim. Yes, it’s true that certain claims may, inevitably, reach a point of investigation in which the trail of evidence cannot definitively prosecute conspirators beyond a reasonable doubt.

Often, however, similar, if not more drastic leaps of logic are required to either deny the validity of the evidence presented or to believe the more widely accepted version of events. Therefore, the fundamental barrier to unbiased conspiracy investigations rests on the conspirators’ ability to limit exposure through compartmentalization of actions (a.k.a. “plausible deniability”).

Either that, manipulate public perception of what is “socially acceptable” to consider as information. These boundaries of what is widely considered to be legitimate public opinion on a given topic is known as the Overton Window. It is a powerful tool of behavioral psychology that conditions people to self-censor and regulate their thought patterns, based on fear of alienation from their peers.

This means that, as the suspicions of skeptics and the dogmas of rationalists diverge even further, each group internalizes more tendencies of the “conspiracy theorist.” Whether you believe a secret cabal pulls strings behind the scenes or believe that governments, media, and corporations all work together in the best interests of the people, you’re making a claim that a large group of people are working in concert, often independently of the authority and oversight of a population, to achieve a goal.

A goal that can only be achieved by those with the power, wealth and access to conceive of and execute it.

The “conspiracy theory” also serves the purpose of introducing ideas that may seem absurd and even impossible upon their initial consideration, only to slowly be rationalized, normalized, and accepted in years to come. This is a form of cognitive priming. It allows people to voluntarily accept slow and gradual changes, as opposed to the resistance that sudden, drastic cultural shifts may trigger.

Often, the conspiracy theorist is accused of exercising confirmation bias by selecting events and details that fit their predetermined pattern recognition. The rationalist, however, may be just as often accused of cognitive dissonance by maintaining the belief that governments and corporations are benevolent forces of social order.

At the same time, they claim institutions are too incompetent and bureaucratic to execute any meaningful, long-term plans for the purpose of molding human behavior on a mass scale.

The question remains: who is to decide which ideas and patterns of observed behavior are legitimately ripe for questioning, suspicion, and deconstruction?

Each time a society has tried to silence dissent and monopolize perception of widely held truths, it’s also managed to justify unspeakable atrocities to enforce the desired reality.

People were jailed and executed for claiming the Earth was a globe which revolved around the Sun. People were murdered en masse for refusing to worship the new Gods of their conquerors. People were imprisoned in labor camps and sentenced to death for spreading “false rumors” that “undesirable” groups were being targeted, rounded up, and disappeared.

If history is any indicator, it’s essential to acknowledge that “conspiracy theories” about corruption by those in power are easily dismissed. That is, until they become the new, undeniable truths. 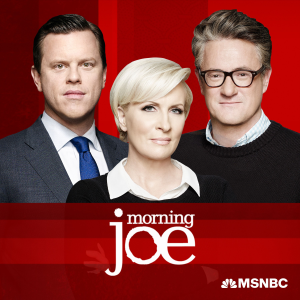