Legacy media should embrace Joe Rogan, not fear him

First, 270 “science and health professionals” wrote an open letter to Spotify requesting the streaming platform censor Joe Rogan’s conversations on his own podcast.

They did this purportedly in response to recent guest Dr. Robert Malone’s episode (JRE #1757), as well as their complaint that “JRE has a concerning history of broadcasting misinformation, particularly regarding the COVID-19 pandemic.”

They went on to demand that, “Spotify… immediately establish a clear and public policy to moderate misinformation on its platform.”

Since then, aging musicians Neil Young, Joni Mitchell, and others have demanded their music be removed from Spotify if Joe Rogan’s podcast isn’t, due to his supposedly spreading “disinformation.”

Clips then began surfacing one after another of Joe Rogan having not-so-politically correct conversations with comedians (with the clips often taken out of context), as comedians tend to do. It started to become clear this was a concerted effort to take down or censor the Joe Rogan Experience.

This all coincides with the legacy media’s recent attacks on the stand-up comedian and UFC commentator. CNN has been routinely and dishonestly taking shots at Joe Rogan and trying to undermine his credibility for months now. Meanwhile, “comedy” shows like The Daily Show and SNL have been going after the podcast giant, too, all seemingly for social media clout.

At this point, who can blame them? Joe Rogan rightfully has a monopoly on relevance compared to these has-beens of legacy media. They’re desperate to extract every drop of clout and increasingly scarce set of eyes they can get by mentioning Rogan’s name.

Without a doubt, not everything on the Joe Rogan Experience is verifiably true, but neither is everything verifiably true on any news network or publication. This is true even for the now heavily ideologically slanted New York Times or Washington Post. Hence the corrections and retractions, although they don’t make these corrections nearly as much as they should. And they have a small army of journalists and “fact checkers.” What’s their excuse?

On the other hand, Joe Rogan almost always admits when he has said something wrong, and often in real time, with his producer Jamie fact-checking him during the podcast. That is a lot more than can be said for the likes of CNN and MSNBC.

Regardless, Joe Rogan’s podcast never claimed to be the be-all-end-all source of truth, something Joe Rogan repeatedly reminds his listeners.

Surely, there should still be some place on Earth where adults can think, speak, and have adult conversations without thought police wagging their judgmental fingers. The Joe Rogan Experience is one of those few places left (honorable mention to HBO’s Real Time with Bill Maher being the only place left on TV). Thank the psilocybin Gods for that.

Ironically, the mainstream media and medical community have no one else but themselves to blame for the demand for such a podcast. Bill Maher himself indirectly demonstrates this with one of his latest “New Rules.”

The JRE also stands as one of the last places to get unique points of view as opposed to mainstream media sources, who are often funded by vaccine manufacturers like Pfizer and Moderna. These former beacons of real journalism have fallen far from the standards that once made them trusted.

With their mindlessly echoing the same liberal-approved messaging, daily Trump jabs, COVID fearmongering, and making everything about race or gender, obviously people will feel like their intelligence is being insulted.

Joe Rogan, a life-long liberal-turned-moderate, on the other hand, has long-form 3-hour conversations where he brings on interesting guests with unique areas of expertise. His guests have included Neil deGrasse Tyson, Dr. Sanjay Gupta, Edward Snowden, Jonathan Haidt, and more.

If they aren’t left-leaning enough for you, he even cordially welcomed straight-up leftists like Bernie Sanders, and Cenk Uygur and Ana Kasparian of The Young Turks. But according to the legacy media hit squad, Joe Rogan is some sort of right-wing “gateway to the alt-right”?

Hardly. Instead, Joe Rogan is a moderate with a gift for curious listening, asking insightful (and often tough) questions, and having the ability to make his guests feel comfortable enough to be themselves. That said, he also has the backbone to push back when he feels he needs to.

This is a breath of fresh air for people sick of the current mind-numbing diet of predictable, condescending, virtue-signaling content force fed by the legacy media. Hence the 11 million viewers per JRE episode, as compared to the CNN Primetime average, which can’t even break 1 million viewers.

As mentioned, Joe Rogan responded on Instagram about the two most controversial JRE episodes that people are saying contain “dangerous misinformation.” He explained that “Dr. Peter McCullough is a cardiologist, and he is the most published physician in his field, in history. Dr. Robert Malone owns 9 patents on the creation of MRNA vaccine technology and is at least partially responsible for the technology that led to the MRNA [COVID-19] vaccine.”

Based on these credentials, Joe Rogan has every reason to talk about COVID-19 with these two experts in relevant fields. He regularly balances out the content with different guests.

These are hardly the actions of a “right-wing grifter” looking to push an agenda. Either the left-leaning legacy media and “journalists” want to ignore that, or just don’t want any dissenting opinions. Probably a mix of both.

Now, perhaps both COVID-19 vaccine-critical doctors are wrong, and don’t know how to interpret scientific data. However, with them both being successful doctors, what would be their motivation for spreading misinformation and, by doing so, breaking their Hippocratic oaths? Do you think it would be worth it for them to risk their entire reputation and legacy for internet clout?

I suppose that’s all possible, but boy is it hard to wrap my head around what would make that juice worth the squeeze.

On the other hand, do we really think that pharmaceutical companies like Pfizer can be completely trusted with these undisputedly rushed vaccines? I think there’s room to question these big Pharma companies and others considering they’ve gotten so much wrong over the years.

Rogan constantly reminds us that he’s not a doctor, he’s not an expert, and nobody should take medical advice from him. His listeners understand this. We know he’s an interviewer, not an expert. But we still listen because he has interesting guests on, he’s a great interviewer, and he’s entertaining to listen to. That’s it.

For the love of God, Spotify — and the legacy media coalescing to bully you to take him down — trust us to form our own independent opinion. As you can see by Rogan’s viewership numbers, people really crave this.

The world is yearning to be spoken to as adults. Not as fragile children whose feelings need to be protected, and whose opinions need to be constantly pre-approved and curated. Keep the Joe Rogan Experience unfettered from your mind-numbing, neutered thought-policing.

It’s exhausting, and as you can see from the ratings, we no longer have the stomach for it. Instead, learn, for once, from the market. Adapt, and maybe you’ll be able to restore a fraction of your former glory and integrity. 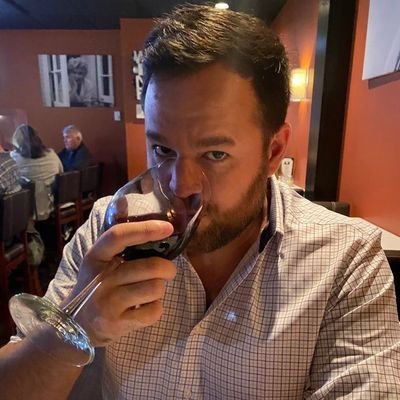 Writer
Tags: COVID-19, CNN, Camino Chavez, Joe Rogan
Previous Post
Brian Flores is being used as a pawn– and he may not even know it
Next Post
Joe Rogan con-troversy is about an envy deeper than money

‘Tyranny of the minority’ comes for women’s sports